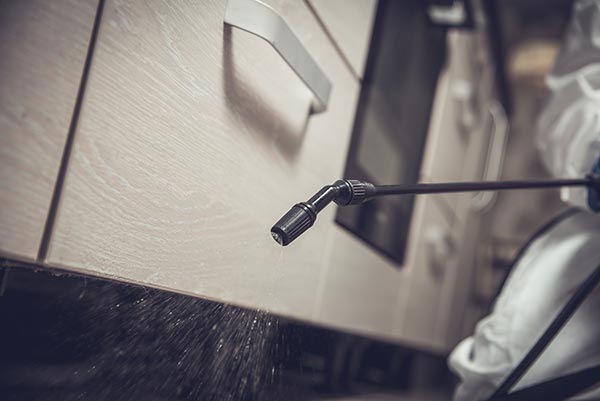 Hello Las Vegas, Henderson and all the surrounding areas in our little valley here in the southwest. So, like the title says above, I want to talk a little about pesticides. Everything I’m going to share with you comes from 15 years of experience using pesticides and seeing individual consumers misuse store-bought pesticides and watching pesticide applicators getting lazy and negligent on the job. For myself, It’s not as easy as whether or not I like pesticides or don’t like pesticides. Pesticides are tools to use for the extermination of certain pests and for the control of other pests. So lets talk about pesticides.

﻿Pesticides have been around for thousands of years. Ancient peoples in Asia and the middle east used chemicals ranging from sulfur compounds and arsenic compounds to control lice, fleas, ticks and bed bugs. We have records of modern day pest management companies that go all the way back to the 1700s in England. It wasn’t until the early 1900s when pesticide use really began to become an environmental problem. Now I categorize pesticides into two groups in the context of how the public perceives them. We have the pesticides of the first half of the 20th century, and then you have the pesticides from the last half of the century. When we are talking about pesticides from the first half of the century, we are mostly talking about DDT, Agent Orange, and a handful of other very toxic chemical compounds. We are also talking about the kinda of storage, usage, and lack of environmental concerns of the times and the chemicals of those times. This is the area that most of the public’s perception is based off of. Obviously government chemists and scientists are aware of the changes we have made to chemicals and their uses, but ultimately policies are determined off of how educated the public is about a subject. Unfortunately, The Government body that oversees pesticide usage passes on the responsibility of informing the public about pesticide usage, laws and regulations on to the private sector. This means that most of the public is very uninformed and ignorant of the realty of pesticide usage in our modern civilized world.

First of all, today’s pesticides that are used in our cities go through almost a decade of testing and approval before they are allowed to be sold and there is a giant safety infrastructure built by the government and suppliers of pesticides. I say this to properly explain why I say that pesticides used in cities rarely harm people. It’s almost always not the pesticide itself that harms the public. Its how the pesticide was used and what the quality level is of the professional who is applying the pesticide. Any pesticide applicator working for a legal company has a license. That license represents a constantly existing oath that dictates that the person who holds that license will follow every law and instruction given buy the E.P.A and by the manufacturer of the pesticide, no matter how difficult those laws make running a business are or how much pressure a client puts on you to break those laws. I have heard this many times in my career; “I won’t tell the government if you won’t” or “spraying there won’t make a difference” or my favorite, ” do what I tell you to do or I’ll cancel your service”. If you do that as a member of the public, you are forcing your service company to break the law because you have decided that you are more qualified and more educated on pesticide use than the manufacturers of said pesticide. This is a very unfair and environmentally hazardous thing to do because when you cancel your service because the company wouldn’t do what you wanted for legal reasons, a different company will be tempted to do what you want for the business opportunity. That may lead to the misuse of a pesticide which can cause a human or a pet or wildlife or even an agriculture hazard or poisoning, which leads to more bad press about pesticides in general.

So what can you do to ensure that the pesticides being used by your local pest management company are being used properly. Well, the first thing is make sure you hire a licensed, bonded and insured company. That’s a very easy thing to do. Make sure to follow your pest management professionals direction, advice or treatment protocols and restrictions. Bad practice isn’t born; it’s built. That bad practice is usually built when a professional is young and easily manipulated by a customer who decides to take pesticide laws into their own hands. It’s also built by managers and owners who have prioritized the bottom line over safety. The not so easy thing to do is request the labels for the pesticides your company is using. They may be difficult for you to understand, but you can call the manufacturer and they can explain to you how the product is to be properly used. Ultimately, the public must respect the professionals expertise and the professional must respect the public’s needs and wants. When either part of that cycle is manipulated or corrupted is when the risk of harmful exposure of pesticides occurs.

← Subterranean Termites What is Harborage? →